The times we live in are very tenuous. The age of potential despair has arrive. Hope is starting to become a fleeting concept because of the overwhelming feel of malaise and despair. What can one do to survive and flourish in the times of plague, low prospects with pending economic doom. What can one do?

If you reach into lore or literature, who are those individuals that may be a source of inspiration. Well th first individual is Frodo Baggins.

Frodo is chosen because he stayed true to the cause. He fought the urge of the ultimate shinny object. He had a mission to rid the source of the ultimate evil in the world and that was the “One Ring”. The ring that rules all magic rings. On the way to vacation a few fun days at a volcano in a place called Mordor to drop off the ring If you saw the movies, he had a few adventures on the way to achieve this goal. He was tempted by ring to keep it for himself but he did not. He denied the lure and power of ring. He was able to rid the world of the ring with help of his tour guide Gollum.

The important thing to know about Frodo is that he was able to remain true to his heart. He had the ability to do his mission no matter the suffering he had to endure. It was a task completed that maybe no one else could have done. This is ability that we all still summon to be able to flourish in the times we are facing.

Then we have the cape crusader. I am not referring to the Batman from my joyful youth played by Adam West. I am referring to the version portrayed in the Dark Night version. There is nothing really comical in times we face. We need to summon our intelligence and adopt a level of fitness to be prepare for anything.

Of all of the Super Heroes literature has to offer, Batman is truly the one a normal human could in theory emulate. You should strive to be more intelligent, to be more fit along with to knowledge on what events to be prepared for.

In closing, having the heart of Frodo would help us be resolute throughout the events we will probably be facing. Having the intelligence and fitness of the Dark Night might provides us the wherewithal to survive.

Here is a Batman workout.

Winter is coming. The virus is still lingering and you need to get your swole on. What can you do? If you don’t like lifting at home or you don’t have the home gear what are your options?

Unfortunately, getting your hands on durable equipment is difficult these days. The demand for home fitness equipment is very high. Prices for workout gear are through the roof. So what is one to do?

Well make your own stuff. That could be a viable alternative. One of the best gyms I ever belonged to was a gym that run by a welder. He would make the most sophisticated workout machines by just looking at a picture of it.

Maybe making your gear out of wood? I would suggested the wood used be pressure treated. You just need some sturdy stainless steal screws and you are in business.

Currently I workout outside at the beach. The conditions can be brutal or it can be like working out in paradise. The major issue for me is rust. The water and salt air are just brutal on any metal and it maybe time for me to go with wood.

It is fat killing season. It is time to unmercifully slay fat. One way to do this and not spend a lot off time is to do complex exercises. The BearComplex is a way to burn fat and calories while getting strong. Watch the video to learn how do the fat burn.

Let’s face it. Society is getting soft. The gyms are empty. Normally this time of year you would see gyms overflowing with people. For some reason, people have embrace softness and weakness. Don’t be weak. Embrace the strength lifestyle with gusto.

First thing you need is to turn off your brain. Go to the gym or your home workout area. Then do and no longer think.

Try to become the gym villain by being the strongest guy and the most charismatic character in the gym.

Do some research on keeping things simple but at the same time be effective. The 5 Moves to Achive a Total Body Workout

I like to first apologize to our member of month, Big Foot Ralph. Ralph and I had a bit of a dispute of the initiation fee but all is good now thanks to the Travel Channel and the Discover America Channel. Because Cryptic monster will be big business in 2020 so we hope to cash in on this phenomenon at Jeem’s Bootleg Sound Side Gym. We just need to get the big fellow a tetanus shot and all will be good. Dude please start doing more ab work. You look like you are getting a Dad-Bod. You have to look good on cable for the almost near sightings that you will not be in. Ralph, how bad can 3 pile drives in a row from a guy my height be. I am just 5’9″.

First here is another great back workout for you to try. 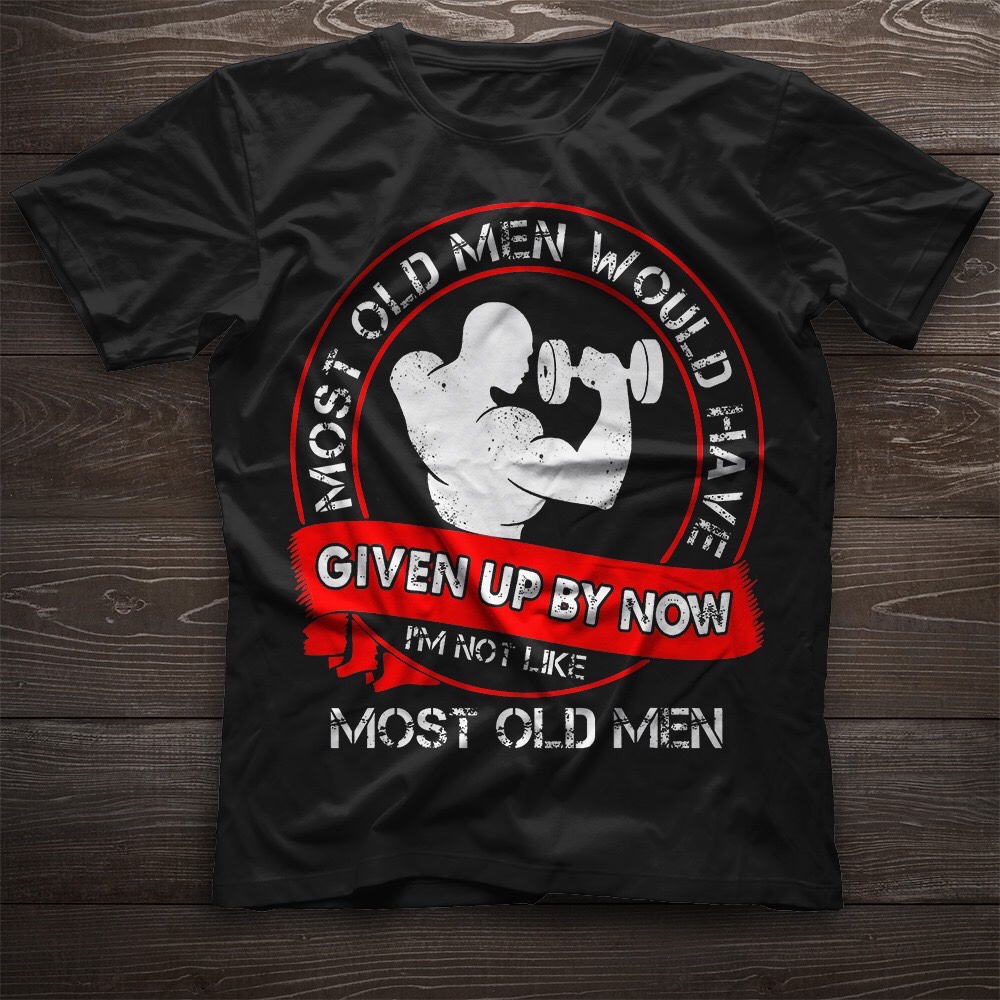 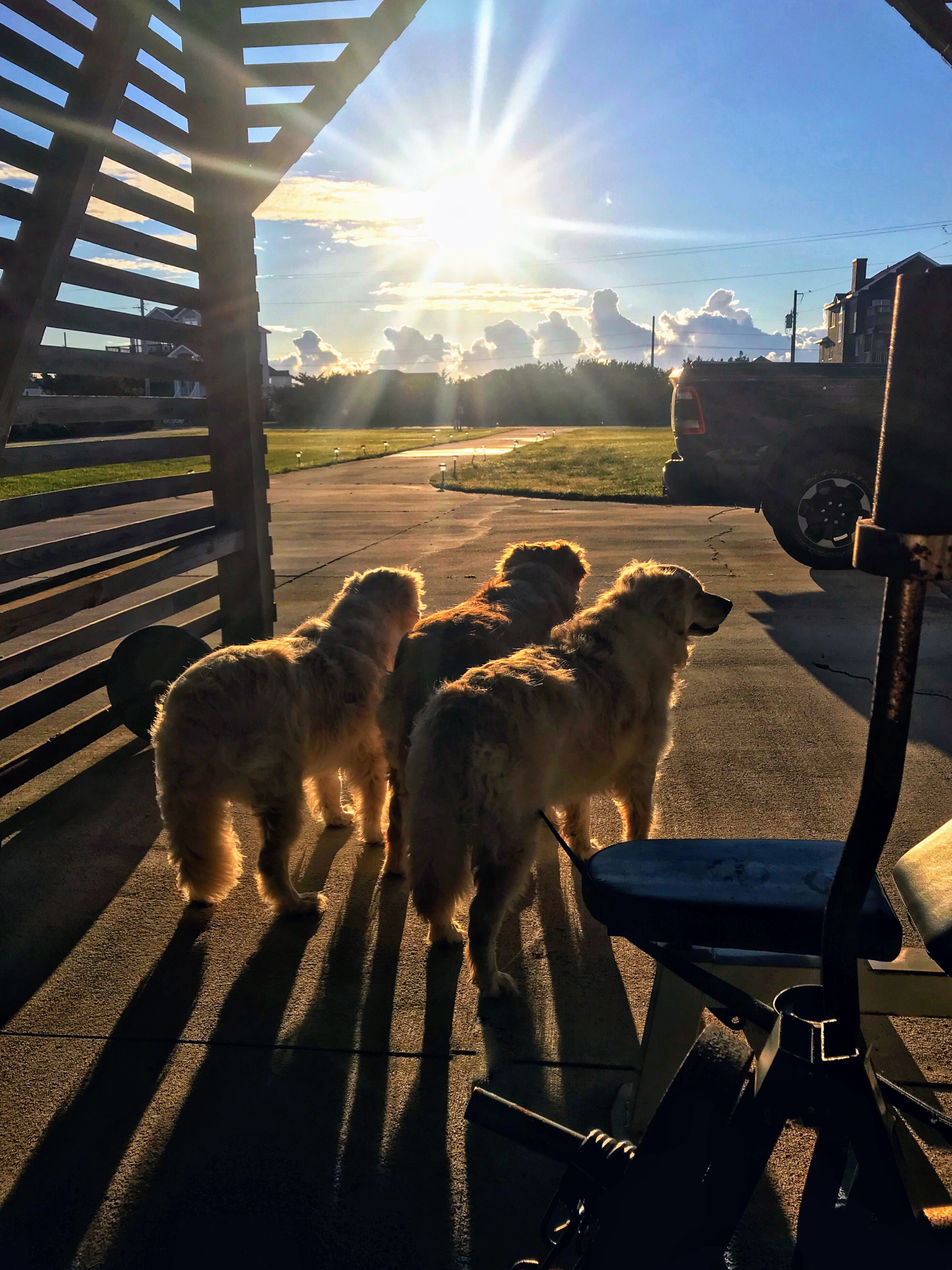 There is something about working outside in a place that can be paradise when it is not trying to kill you. Sure doing benching and military presses with the ocean breeze blowing in your face can make you want to workout endlessly but you have to save your strength just in case it is needed. Sometimes things go sideways pretty fast so you have to be ready to pack the canines and the spouse up and head north like a bat out of hell. 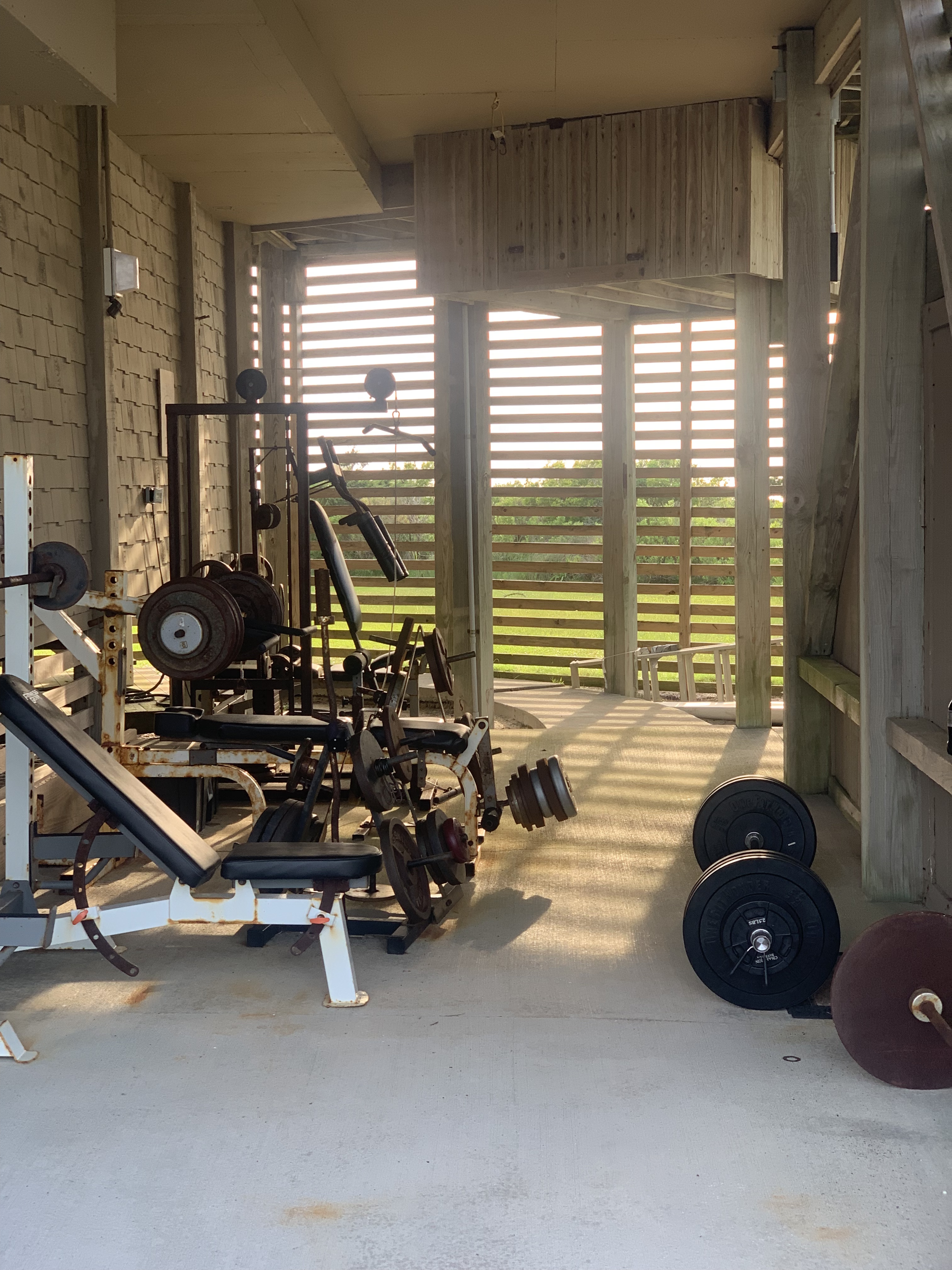 Jeem’s Bootleg Sound Side Gym is a gym between the seas. It is always blessed with a breeze from some direction but most likely it will bring in the mosquitos and others of their ilk. This is why the gym is equip with numerous bug traps. Bug repellent is mandatory along with sunscreen and a current tetanus shot. Depending on the time of day of your workout you may need to bring your cheap sunglasses. 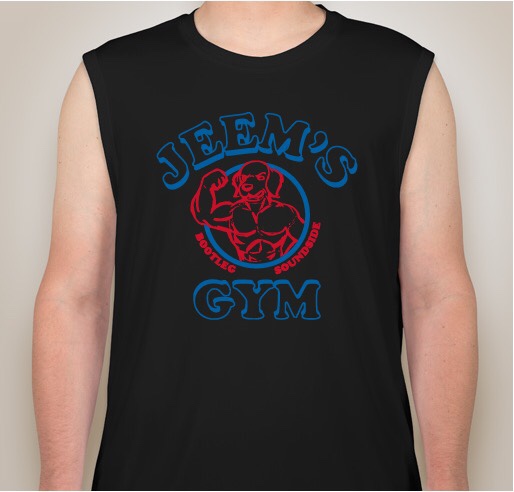 This is a nice shirt but if it you wear it at Jeem’s you better have your sunscreen on along with the best DDT spray you can find. Yes, lifting in paradise is awesome if it does not go sideways.

If you want a chance to feel great all day, try lifting weights. Many people always have an excuse to not to start lifting weights or keep lifting weights because they claim they are too tired. Maybe if they pushed through their tendcy to embrace weakness and just turn off their brain and just do. Just let the primal instinct inside you come forth and turn the brain off and just do.

Getting stronger will make your life easier. Try it sometime. Maybe try a few exercises from this workout. 9 Essential Strength and Ultimate Size